Learn about the Dionne Quints Heritage Board!

Our Board of Directors

Dionne Quints Heritage Board – Board of Directors

History of the Dionne Quintuplets

On May 28, 1934, five identical girls were born to Oliva and Elzire Dionne, a Franco-Ontario family in the tiny community of Corbeil, Ontario. Their births were a miracle of its time during the difficult Depression, the only quintuplets to survive more than a few days. Midwives Douilda (Donalda) Legros and Mary-Jeanne Lebel delivered the first 3 of the quintuplets, and Dr. Allan Roy Dafoe assisted with the final 2 births. The five girls – Yvonne, Annette, Cécile, Émilie, and Marie – became a “good news” story in this challenging time, drawing worldwide attention to the area, and attracting 3 million people to “Quintland” to see and hear the girls at play. Hollywood told their story in 3 movies, while endorsements for commercial products became common place.

Emilia Earhart stopped in during her Around the Word tour, just weeks before her infamous disappearance. W.K. Kellogg – inventor of Corn Flakes – called their births the “8th Wonder of the World”. The Dionne Quints were on a equal scale to Niagara Falls as a tourist attraction. They dominated 1936 Christmas toy sales, pushing Shirley Temple to 2nd place. Time Magazine reported that the Dionne tourism presence was part of the impetus for the Ivy Lea Bridge, connecting New York state to Ontario.

The word “Quintuplets” became a household word for many. Their births helped put North Bay on the map and changed the area forever. The city grew with new motels and restaurants, and better highway access. It was the single greatest catalyst to the reformation of the Area.

While the legacy of their difficult upbringing resonates with us today and is reason not to forget the rights of children and families, the Dionne sisters did bring some assistance to the lives of others. The Quints helped launch the “Adopt-a-Child” campaign, with 800 orphans finding a home – a record for the time. And by getting shots for diphtheria for the Quints, the follow-up of other children getting shots hit unprecedented numbers [Pierre Burton – The Dionne Years: A Thirties Melodrama]

Today, Annette and Cécile are the only surviving sisters of these famous quintuplets. Émilie passed away in 1954; Marie in 1970; And Yvonne at 67 in June of 2001.

a. Preserve the birth home of the Dionne Quintuplets and accompanying artifacts within the City of North Bay, for the enjoyment and edification of current and future generations;

b. Develop and foster community awareness of Canadian history, especially as it pertains to the interrelationship between women and sociocultural/socioeconomic dynamics in Northern Ontario;

c. Organizing educational initiatives, social events and other community endeavours related to items a and b, above;

d. Organize fundraising activities to subsidize the cost of the initiatives, events and endeavours as per item c, above;

e. Sharing Information about Canadian history as detailed in item a and b for the mutual benefit of the Community and general public;

f. Providing a venue for the general public to aid in the enhancement, authenticity and enjoyment of the experience derived via the actives as described herein; 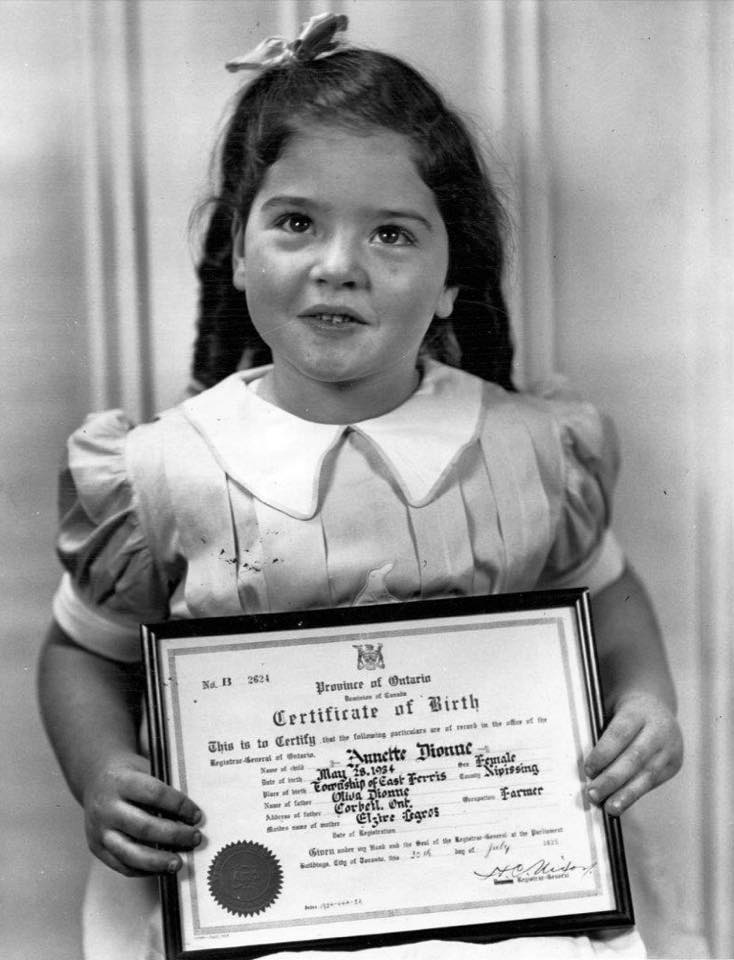 Stories Featured  On Publications Such As

Have a question or a story to share?
Please send us a message!